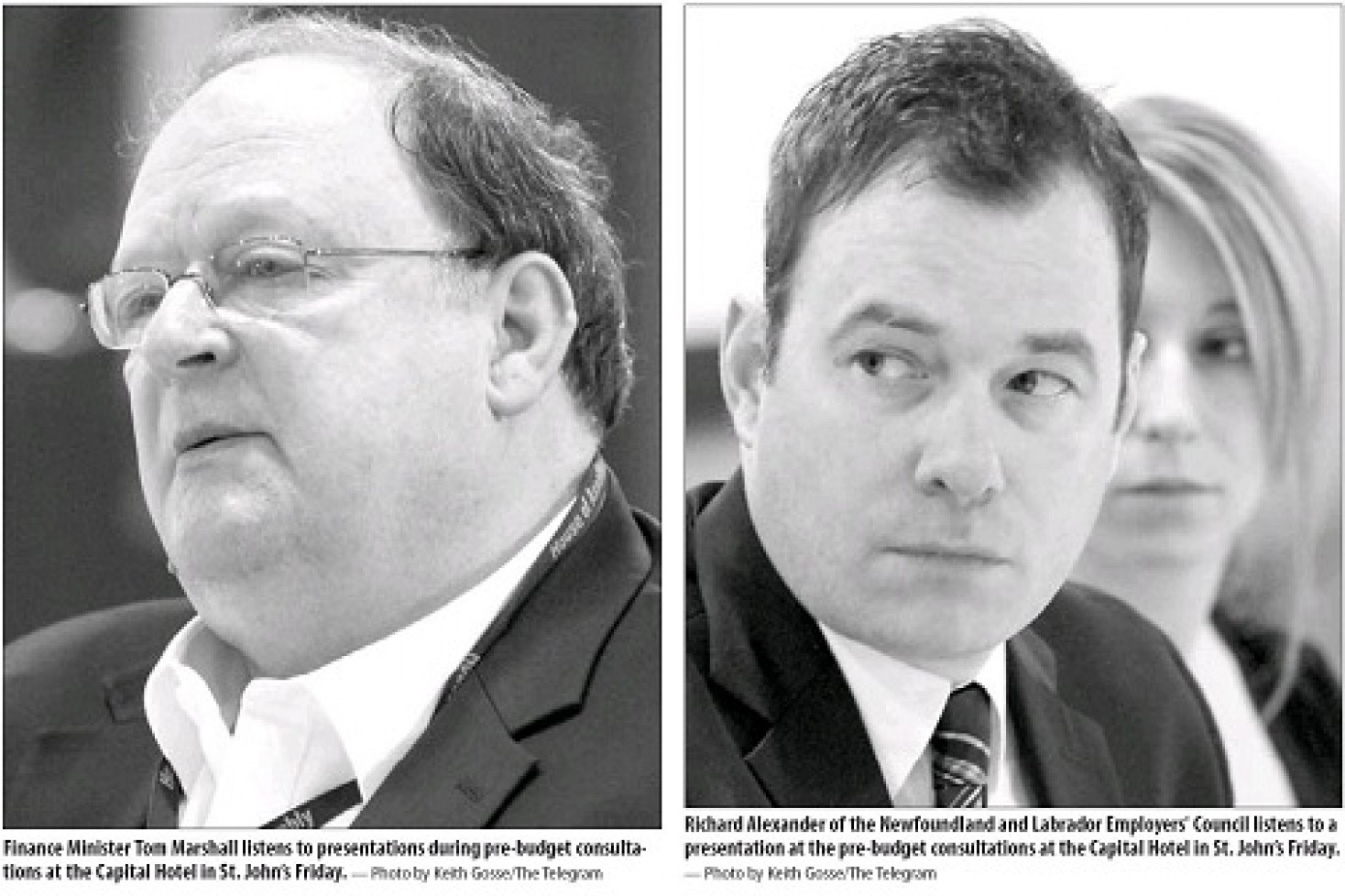 After a long lobby by the NLEC, Premier Tom Marshall announced Tuesday, September 2nd, that a deal has been reached between government and unions to reform the majority of public sector pensions in this province. This deal finally establishes a plan to eliminate the massively unfunded public sector pension and post retirement liabilities, projected to account for 85% of our province’s net debt by 2015.

The NLEC has been a very vocal advocate on the public sector pension issue, receiving significant media coverage on the need for pension reform over the last four years. In May, the NLEC wrote a letter to the editor to the Telegram in response to union leaders who had taken exception with the NLEC’s involvement with the issue. NLEC Executive Director, Richard Alexander commented publicly on the deal yesterday on both CBC and VOCM Radio.

“While this deal is nowhere near the type of reforms seen in the private sector, a deal is better than no deal,” said Alexander. “We would have liked to see a more aggressive plan, and have seen this reform sooner, but we have to give credit to Premier Marshall for finally addressing the pension issue.”

The reform maintains the defined benefit plan as opposed to switching to a defined contribution plan for new hires as most employers in the private sector have done. Despite this, government projects this reform will bring the pension plan to a funded position within 30 years. Thirty years is a long time, but without this deal, there were projections that the first of the Public Sector Pension Plans may have been bankrupt in 7 years.

One of the most significant changes is the establishment of a joint trusteeship to govern the plan – meaning both government and unions will be responsible for the sustainability of the plan into the future, and will share equally in surpluses and deficits. This sharing of the risk will mean cost savings and less liability to taxpayers. Changes will come into effect in January 1, 2015, with a five year transitional period for some changes. For details on the deal visit the government website.

Legislation will be tabled this fall to implement the changes. There are still four other pension funds that the government wants to restructure, including the teachers pension plan – also massively underfunded. The NLEC will continue to monitor this issue. Interested members are welcome to contact NLEC staff for more information or with any feedback.