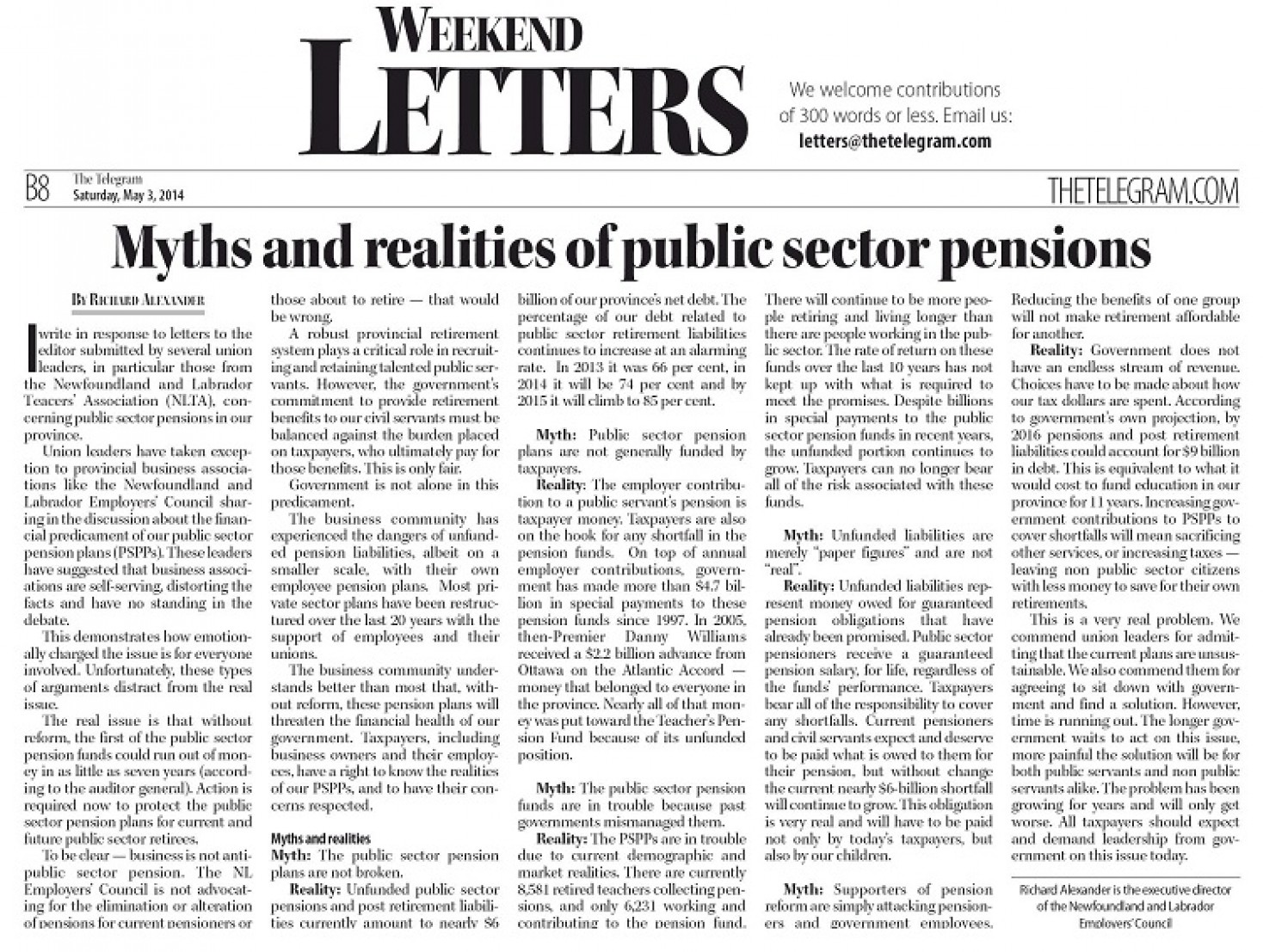 In this weekend’s Telegram, the NLEC debunked myths and state realities concerning public sector pensions in our province in a letter to the editor.

This demonstrates how emotionally charged the issue is for everyone involved. Unfortunately, these types of arguments distract from the real issue.

Taxpayers, including business owners and their employees, have a right to know the realities of our PSPPs, and to have their concerns respected.