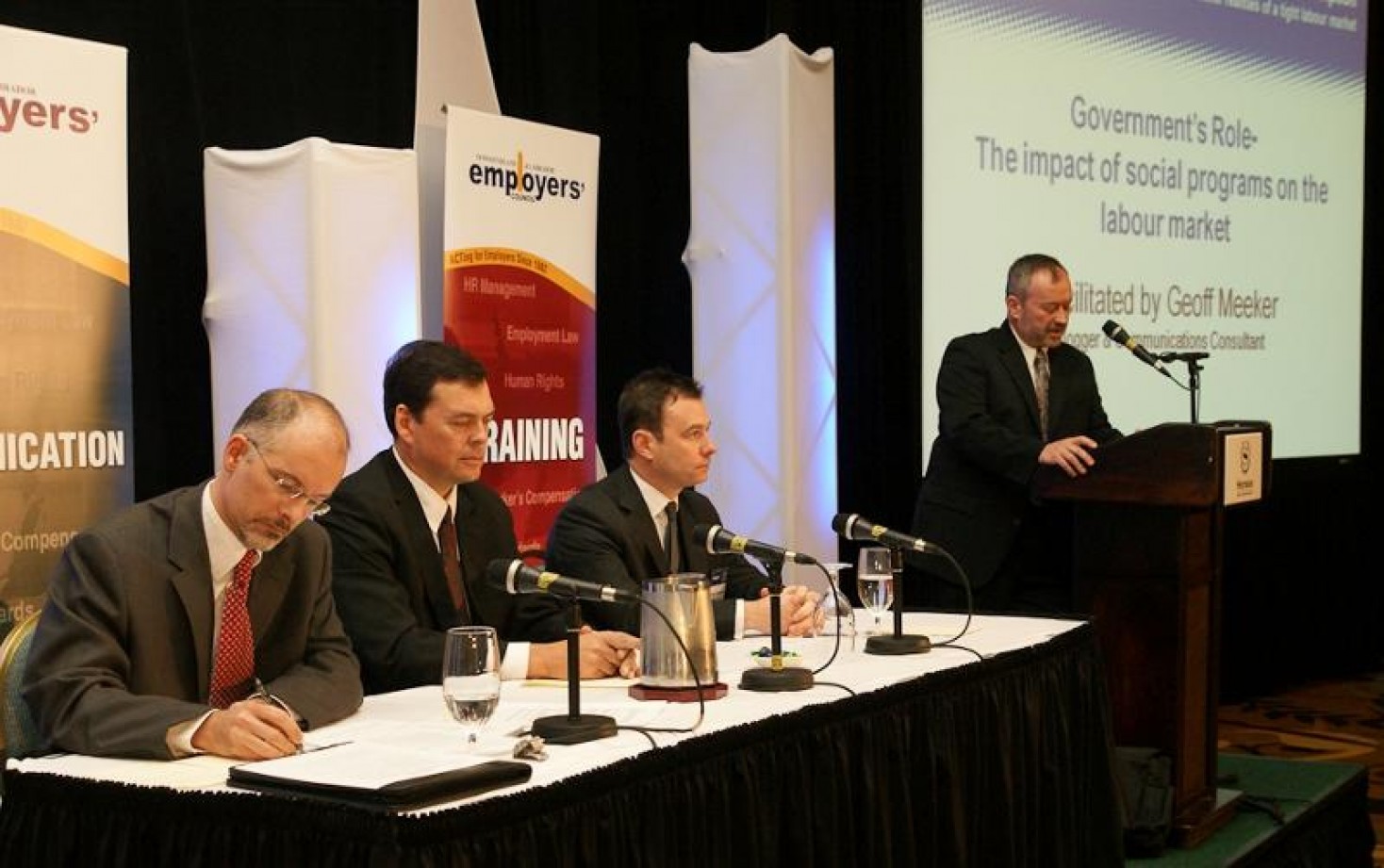 The panel discussion “Government’s Role – The impact of social programs on the labour market” held at this year’s NLEC Conference on November 16th in St. John’s, is continuing to make quite a stir in the local media.

In the discussion, all three indicated that recruitment challenges caused by the Employment Insurance (EI) system are a major problem for their memberships, with many employers having experienced employees turning down offers of work, or ask for layoffs, due to EI eligibility. In a tight labour market, research shows these incidents happen more frequently, as the fear of being unable to find work after EI benefits are exhausted decreases. This causes great concern for employers, as in some cases employers in this province are competing for the EI system for labour – a system they fund. George indicated that it is repeatedly the number one or two concern for CFIB members in Newfoundland & Labrador, and much more of a concern locally than in other branches of the organization across the country. The panelists agreed a dialogue around changes to the EI system is needed in order to maximize the economic opportunities currently being presented in our province. As Butler said, Newfoundlanders & Labradorians can no longer “self sensor” discussions on EI – we must discuss the problem in order to find a solution.

This discussion resulted in considerable media interest. In addition to coverage of the panel discussion, NLEC Executive Director Richard Alexander has done multiple media interviews on the topic, including an in studio interview on CBC TV’s “Here & Now”. The challenges faced by local employers with respect to EI were a topic of conversation on a CBC “Radio Noon CrossTalk” with guest Matthew Mendelshon of the Mowat Centre, who recently released a report recommending changes to our current EI system.

For more details on the panel discussion, check out some of the media coverage received:

The NLEC will continue to draw attention to this issue on behalf of employers. To view our position paper on Employment Insurance, click here.