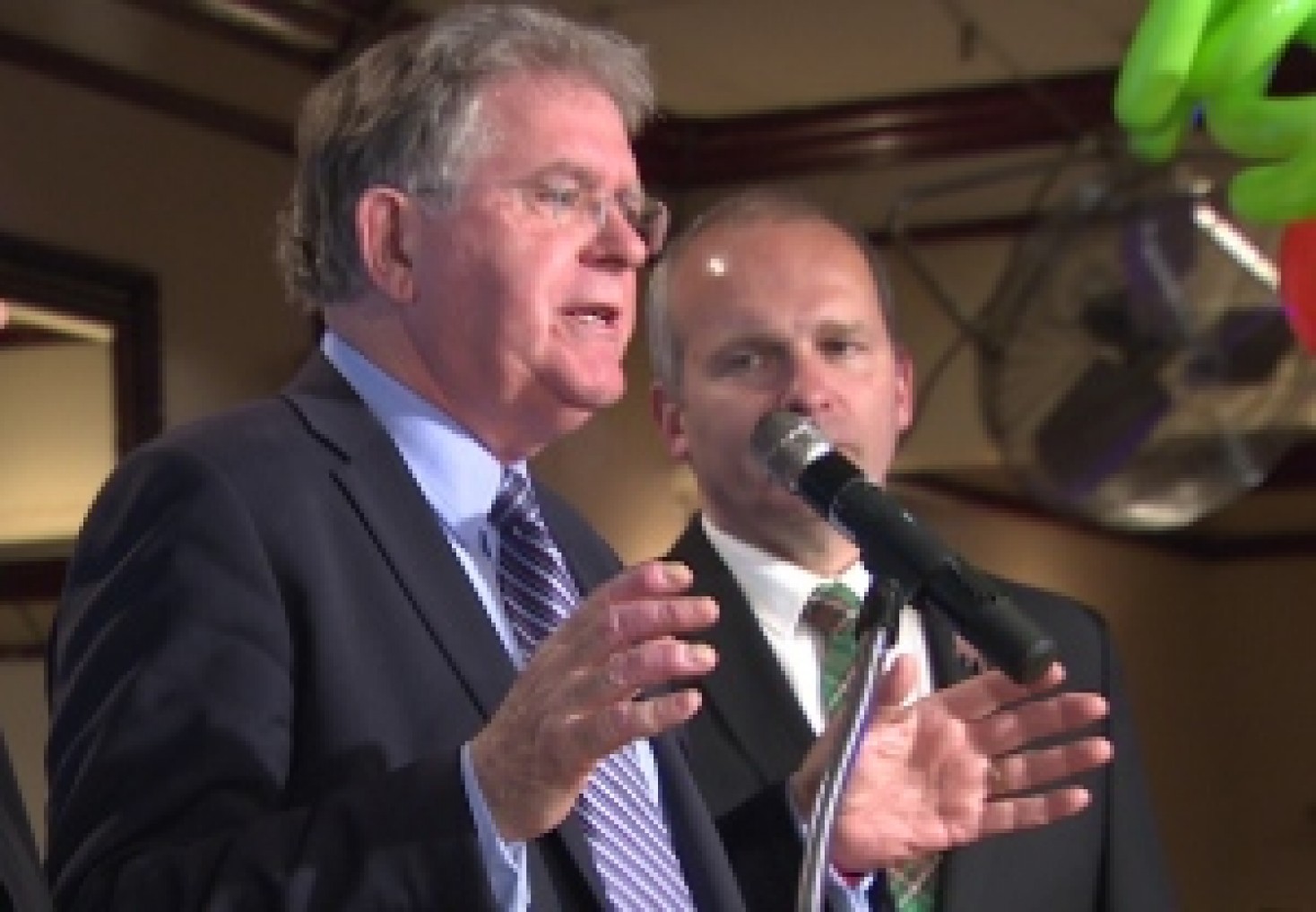 The pollsters in our country have some explaining to do.  Leading up to the federal election I did not see a single poll that predicted a Liberal majority.  Some said the Liberals were closing in on majority territory but no one foresaw the Liberals moving from the third place party to command a 184 seat majority.  Not the pollsters, Tory’s, NDP or even the Liberals.  Everyone expected a minority government.  Some were even looking forward to it.  The reality is a poll is just a snapshot in time and that time is in the past.

Jack Harris was clearly shocked by his loss to Nick Whalen and the size of the Liberal majority.  You could see it on his face and hear it in his words.  In an interview with the CBC Harris said,

“I’ve got to say I am surprised, I’m surprised to see the results tonight.  Someone said a long time ago that people have the right to be wrong. I think the logic would be to continue to have an NDP representative because that’s who’s there and that’s who’s doing the job that people tell me that they like, but that’s not always — the logic doesn’t always play a big role in politics.  You have to respect that and people have their right to make the decision to have whoever they want to represent them. They’ve made that choice and I hope that it works out.”

I respectfully disagree with Mr. Harris.  The residents of St. John’s East did not make an illogical decision.  They clearly wanted to replace Harper.  I also believe they wanted a strong stable alternative to the Conservatives.  To achieve that, the constituents of St. John’s East voted Harris out and Whelan in.  It’s not that they didn’t like Jack Harris or his representation, it was that his representation was secondary to their larger priority – getting rid of Harper.  Because of public opinion polling, people knew that the Liberals were in the best position to accomplish this and they voted accordingly.

Strategic voting based on poll results may have had more of an impact on this election than some believed.  On Election Day most went to the polls under the assumption that their vote was going to be cast for a minority government and some voters were very happy about that.  Many believed that we would be better off with a minority government.  The logic is that no one party should have too much power.  A minority forces the government to consider the demands of other less successful parties, in order to hold onto power.  It moderates “radical” positions and helps ensure the minority governing party doesn’t do anything wildly unpopular.  It forces our parliament to work together.  There would be less politics and our government would become more productive.

My experience with Harper’s minority of 2008-11 led me to the conclusion that minority governments are NOT in our country’s best interest.  Let me tell you why.  During that time the NLEC was forced to lobby against 14 separate private members bills and motions.  These bills and motions would never have seen the light of day in a majority government.  But because of the minority situation, these bills were being traded off against one another by all parties in an effort to gain political advantage.  It was a dangerous time because the focus was not on specifics of the policy but on holding or gaining power.  The time and resources that organizations like the NLEC and all political parties put into influencing the direction of these bills was overwhelming.  LESS time was spent on governing MORE time was spend on politicking.

I believe majority government (whatever the political stripe) with a strong opposition is a better situation for our country.  It allows the governing party to make tough decisions, and take a true shot at making our country a better place to live.  We should give them a chance, but if they blow it, a strong opposition will be able to seize power in four years.  A little politics is good, too much is stifling.

Speaking of too much politics, the provincial election is now firing up.  Make no mistake, the polls done between now and then will influence the vote.  But should they?  Are you planning to vote based on these polls as the residents of St. John’s East did?  Or are you going to evaluate each party’s platform before making that decision?  Is there anything in the party platforms that we need to know or be concerned about? What if the pollsters have it wrong?  To help make sense of the polls and what the party promises might mean for business, we are bringing together a panel on November 26th, just four days before the election, to help educate ourselves on the potential consequences of our voting.  VOCM Opeline host Paddy Daly will moderate the discussion. Panellists include:

Join us for what will be a lively discussion about our province’s politics and the impact of polls and platforms on our province’s economic success, the NLEC’s advocacy issues and the world in which your business operates.

Yes polls likely contributed to Jack Harris’s loss and the 184 seat Liberal majority.  Polls, for better or worse, are part of our electoral traditions and, as a consequence, our democracy.  That democracy may not be perfect but it is certainly the best system we have.  Even if those seeking to represent us sometimes don’t believe we made a logical choice.

For information on the panel visit the conference page.