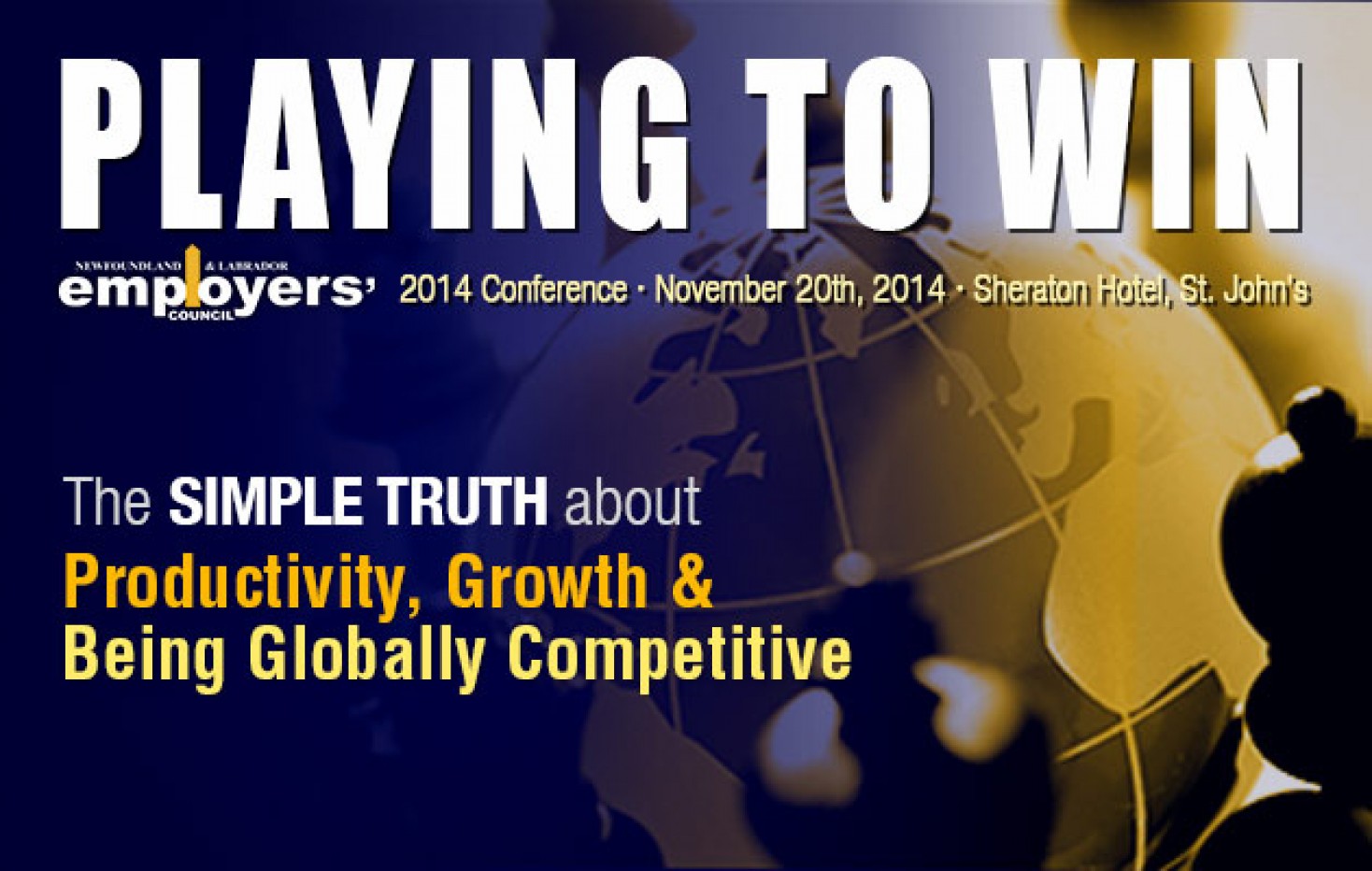 Over 120 business leaders, managers, public policy and opinion makers attended the event which included sessions by the Honourable John Crosbie and Bill Barry on Competitive Public Policy; Maclean’s Political Editor Paul Wells on Eight years of Stephen Harper; a panel discussion on Education-Employment alignment moderated by Paddy Daly; and a CEO panel with Charles Randell, Harold Warner and Emad Rizkalla – plus more. The event, which featured a new one day format, was the most successful and well received conference ever held by the Employers’ Council.

Stay tuned for details on next years event, taking place in November 2015!