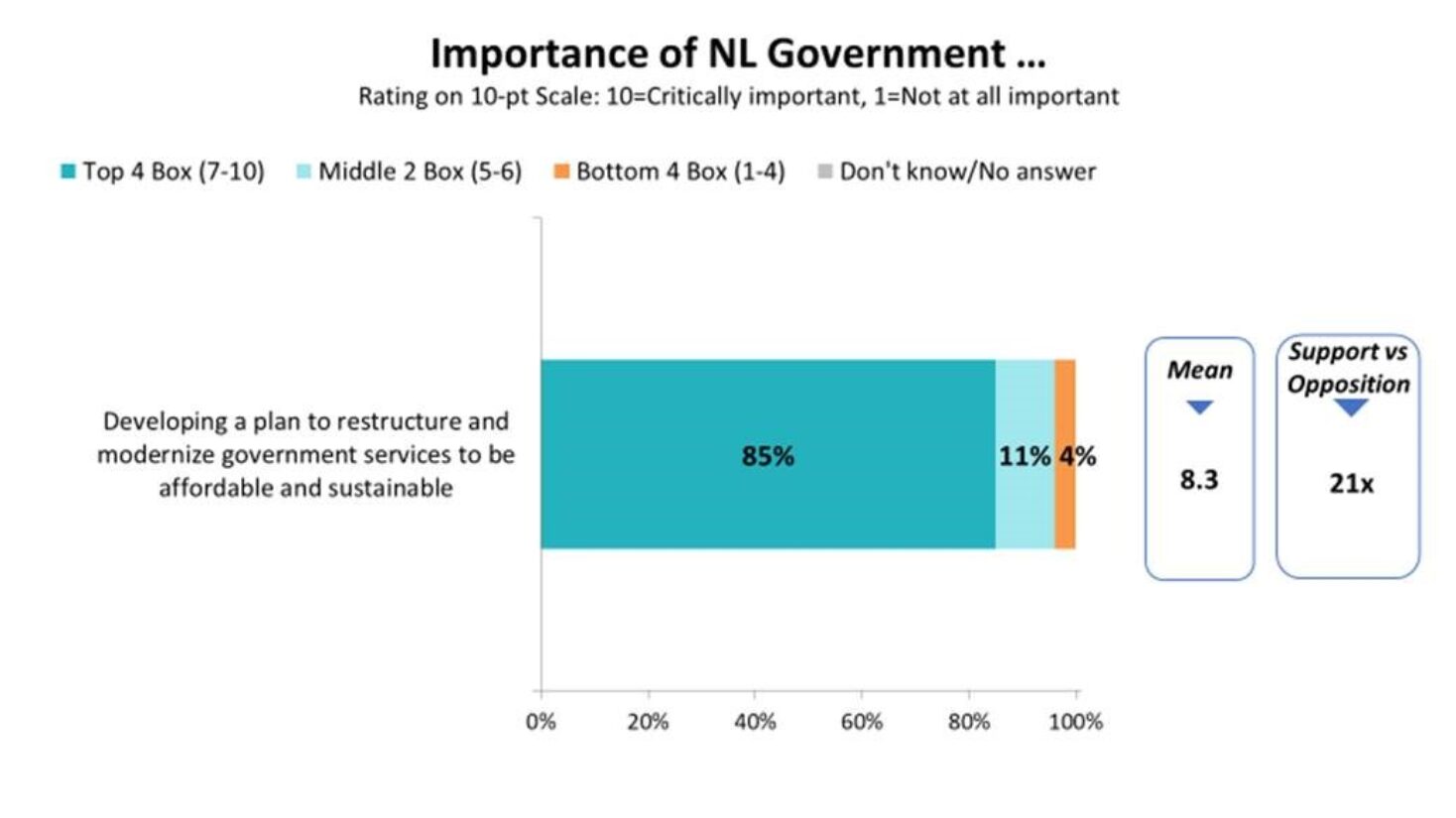 The vast majority of Newfoundlanders and Labradorians (85%) say it is important to them personally that government develop a plan to restructure and modernize government services to be affordable and sustainable. Only 4% feel this is not important. This according to public opinion polling conducted by Narrative Research from January 6-19, 2021.

Residents were asked to indicate their level of support for several government actions considering the province’s difficult financial situation, on a scale of 1-10, where 1 is completely oppose and 10 is completely support:

“This polling shows clearly that the public wants election candidates to discuss their plans to restructure and modernize government services. Newfoundlanders and Labradorians are ready for whoever wins this election to take action to fix our spending problem,” said NL Employers’ Council Executive Director, Richard Alexander. “The public wants a credible and well thought out plan that considers all options. We hope these results encourage political leaders to address this important issue.”

“Findings suggest that the public recognizes the seriousness of the province’s financial situation and supports decisive action to make change,” said Margaret Brigley, CEO & Partner of Narrative Research. “There is a clear desire for the development of a modernized government service delivery model.”

The survey randomly sampled 400 adults 18+ across Newfoundland and Labrador. Overall results are accurate to within ±4.9 percentage points, 95 out of 100 times.

View some of our media coverage:

‘They’re cutting everything back’: As rural N.L. gets whittled away, PCs, NDP pledge to preserve way of life
CBC.ca – February 4th