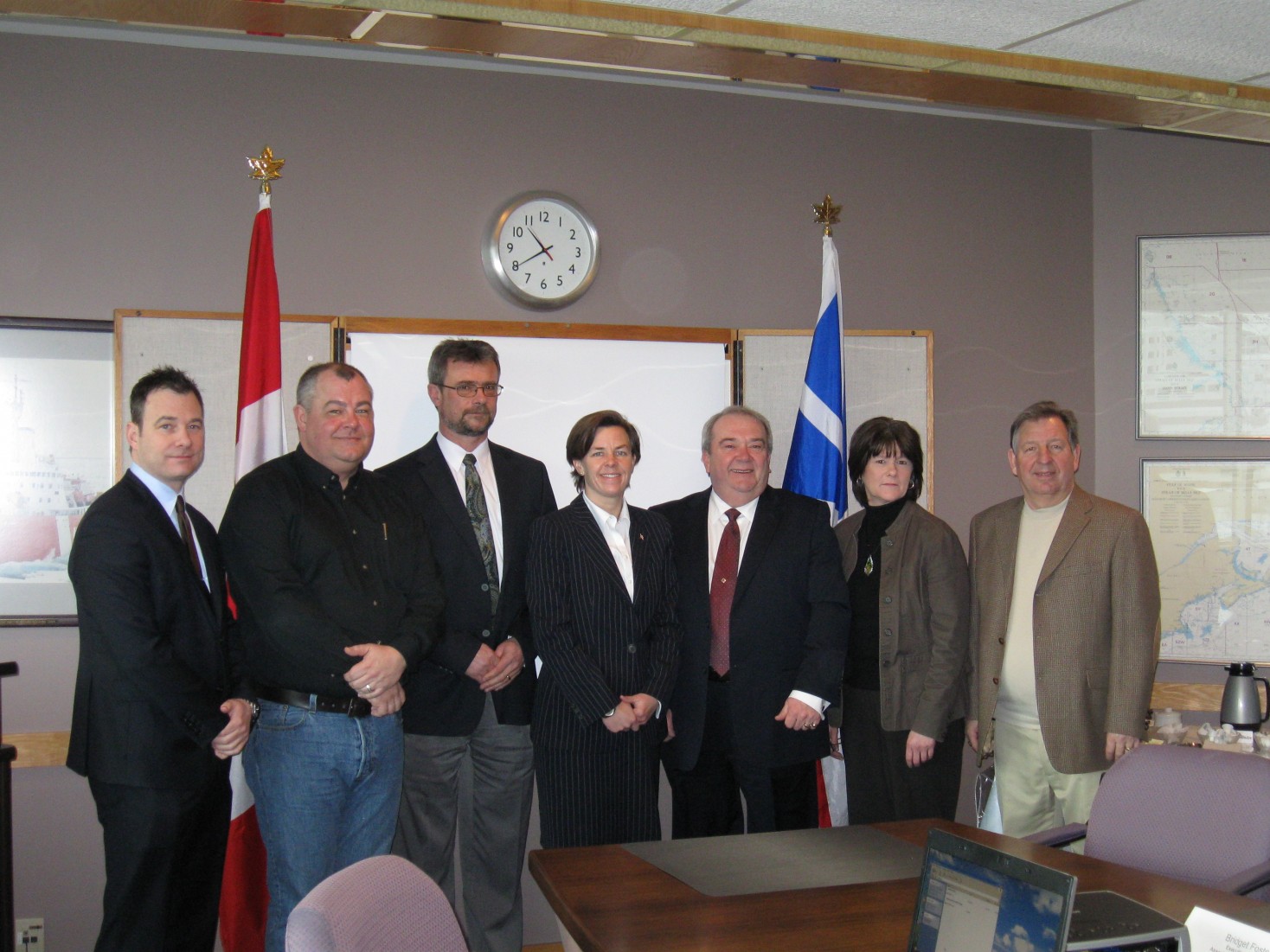 NLEC Executive Director, Richard Alexander met with Dr. Kellie Leitch, MP for Simcoe-Grey and Parliamentary Secretary to the Minister of Human Resources and Skills Development and the Minister of Labour as part of federal pre-budget consultations in St. John’s on February 1st. Alexander urged the federal government to develop a long-term plan for debt reduction that includes an evaluation of all public sector pensions.  Our country currently has a deficit in our retirement promises that amounts to the equivalent of a second personal income tax system, with fewer people to pay in to meet this obligation. Changing demographics mean our current pension system is unsustainable and must be addressed to prevent leaving a massive debt load for the next generation.  He also presented Dr. Leitch with local employer challenges with the Employment Insurance (EI) system.  Economic development and growth opportunities for our province are unprecedented with 77,000 job vacancies predicted in the province over the next eight years.  However, we continue to have the highest unemployment rate in the country. In a tight labour market, incidences of employees turning down offers of employment or asking for a layoff to receive EI benefits increase, as the threat of being unable to find work once EI benefits are exhausted decreases. This situation has caused major concern for local employers who feel they are in some cases competing with the EI system in an already tight labour market. The current EI system must be tweaked to prevent these incidences from happening, and Alexander reiterated the need for increased due diligence, investigation and control by Service Canada in our province to help address labour market issues. The NLEC hopes to see these issues addressed in the upcoming budget.