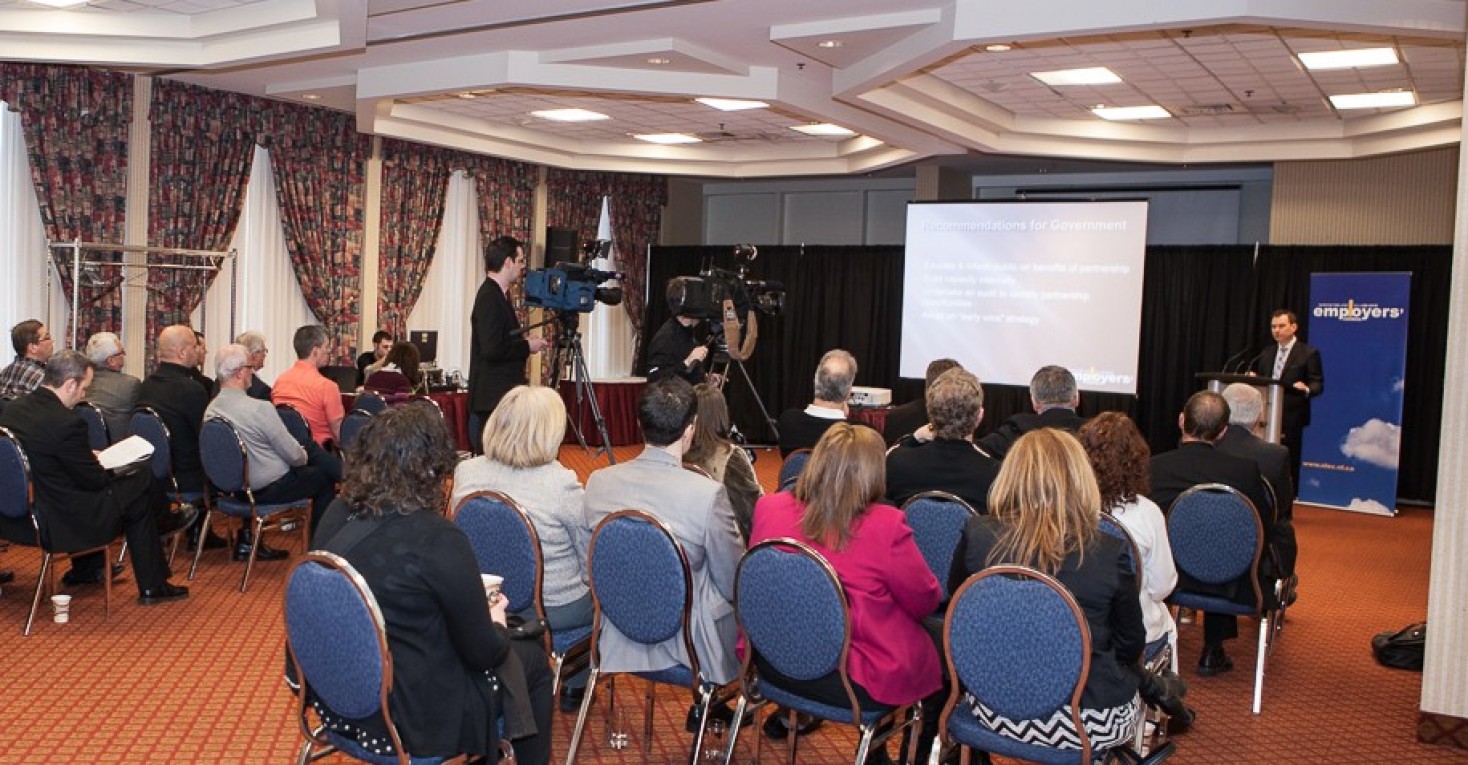 The NL Employers’ Council held a press conference yesterday to release findings of a study into the need to increase partnerships with the private and not-for-profit sectors in the delivery of government services and infrastructure.

The report, Why Wait in Line? Opportunities to improve government services and infrastructure in NL was written by Memorial University Professor’s Tom Clift & Dr. Tom Cooper and commissioned by the NL Employers’ Council (NLEC).

The study analyzes program, service and infrastructure partnership models used throughout Canada and the rest of the world. It includes a review of over 60 studies including a number of meta-analysis. It found that partnerships have clear benefits:

The Employers’ Council also released findings of an August 2015 survey by Corporate Research Associates, commissioned by the NLEC to measure public opinion on this issue. The majority of residents in Newfoundland and Labrador support the involvement of the private sector in the delivery of public services. On each of the public services evaluated in the study, more residents support private sector involvement in the delivery of those services than those that oppose such involvement, in most cases by a considerable margin.

Media coverage received on the report so far:

Richard Alexander will be the guest on NTV’s Issues & Answers this Sunday, and will discuss the provinces’ fiscal situation on CBC Radio Noon Crosstalk on Tuesday, January 26