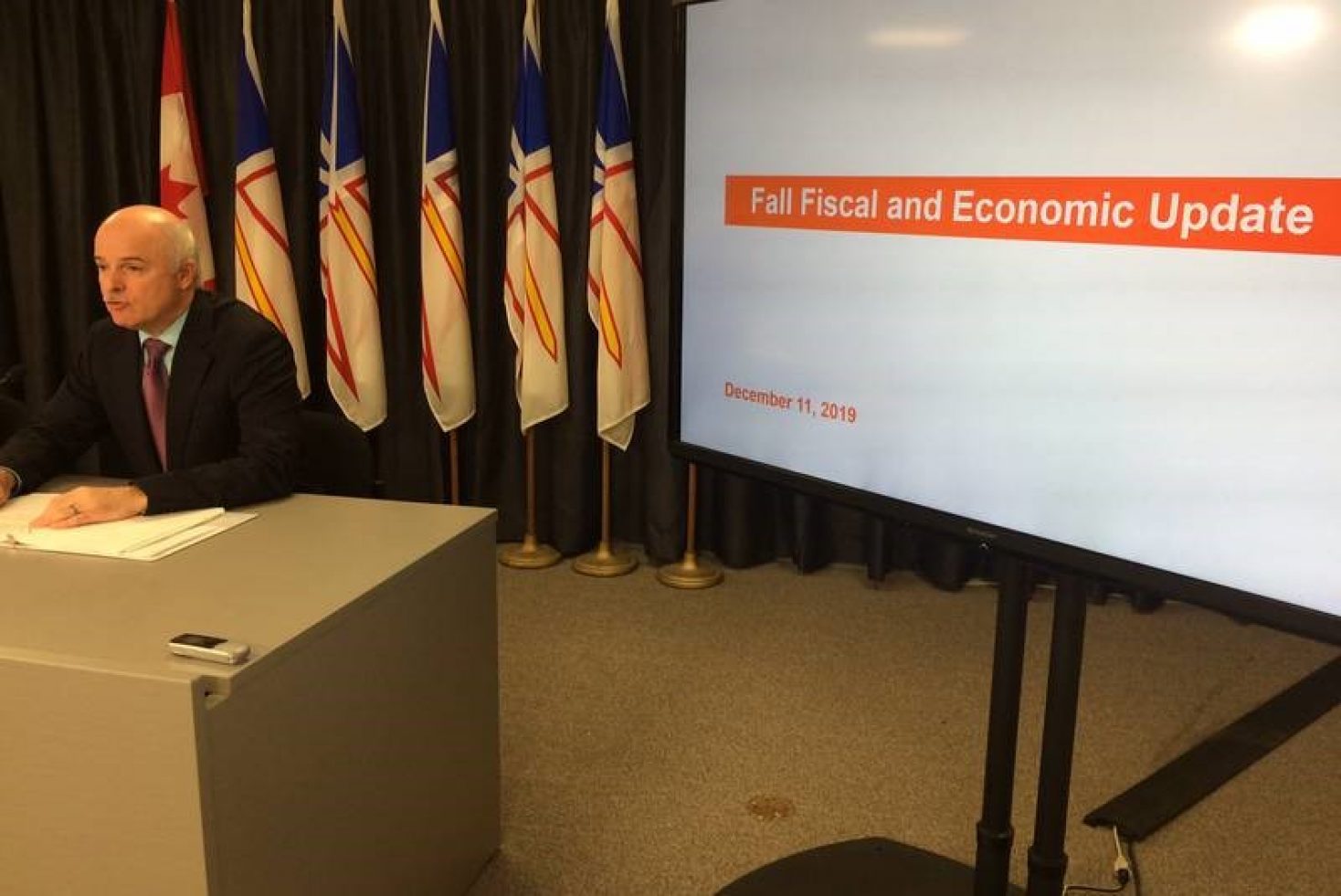 Finance Minister Tom Osborne issued the fall fiscal update last week, showing the deficit for 2019-20 had grown to $943-million. This is up significantly from the $575 million projected in the 2019 budget.

Government attributed this to factors “outside of their control”, specifically decreased revenue. This included $185 M from a shutdown in Hibernia, lower than expected oil prices, and a $162 million “variance…mostly due to revised tax estimates and changes to payment methodology from Finance Canada, as well as adjustments to federal cost-shared programs and infrastructure projects.”

The Employers’ Council was in attendance at the update and reacted publicly, highlighting that what is within government’s control is their spending – which they are choosing to do nothing about. Spending has remained flat, despite a long term plan that included expenditure reductions in order to return to surplus by 2022-23. Each year, these spending reductions were pushed further into the future and have yet to be executed.

Executive Director Richard Alexander told the media that the Employers’ Council isn’t calling for massive cuts, but is looking for reform in the way government delivers its programs and services to return our spending to sustainable levels. Alexander says the money the province is paying on interest per year is crowding out what government has available to spend on heath and education and that without reform, services are suffering. Action is needed or our problems will only continue to worsen as our interest on our debt grows.

The Auditor General echoed the Employers’ Council’s commentary on the fiscal situation yesterday, saying that we are “simply not living within our means” and that the province’s hope that they may still return to surplus by 2022-23 is “overly optimistic.” In reality, in order to achieve balance in three years the province would have to reduce expenditures by $570 M. Their own plan to return to surplus included spending reductions, however, government has retreated from any such commitment. Given recent public commentary regarding their “balanced approach” that includes no “cuts” it is clear this government has no plans to enact any spending reform. Without action, hope to achieve balance relies solely on growth in revenue, a risky and unlikely scenario.

In 2020 expect to see the Employers’ Council continue our lobby for action on this issue.