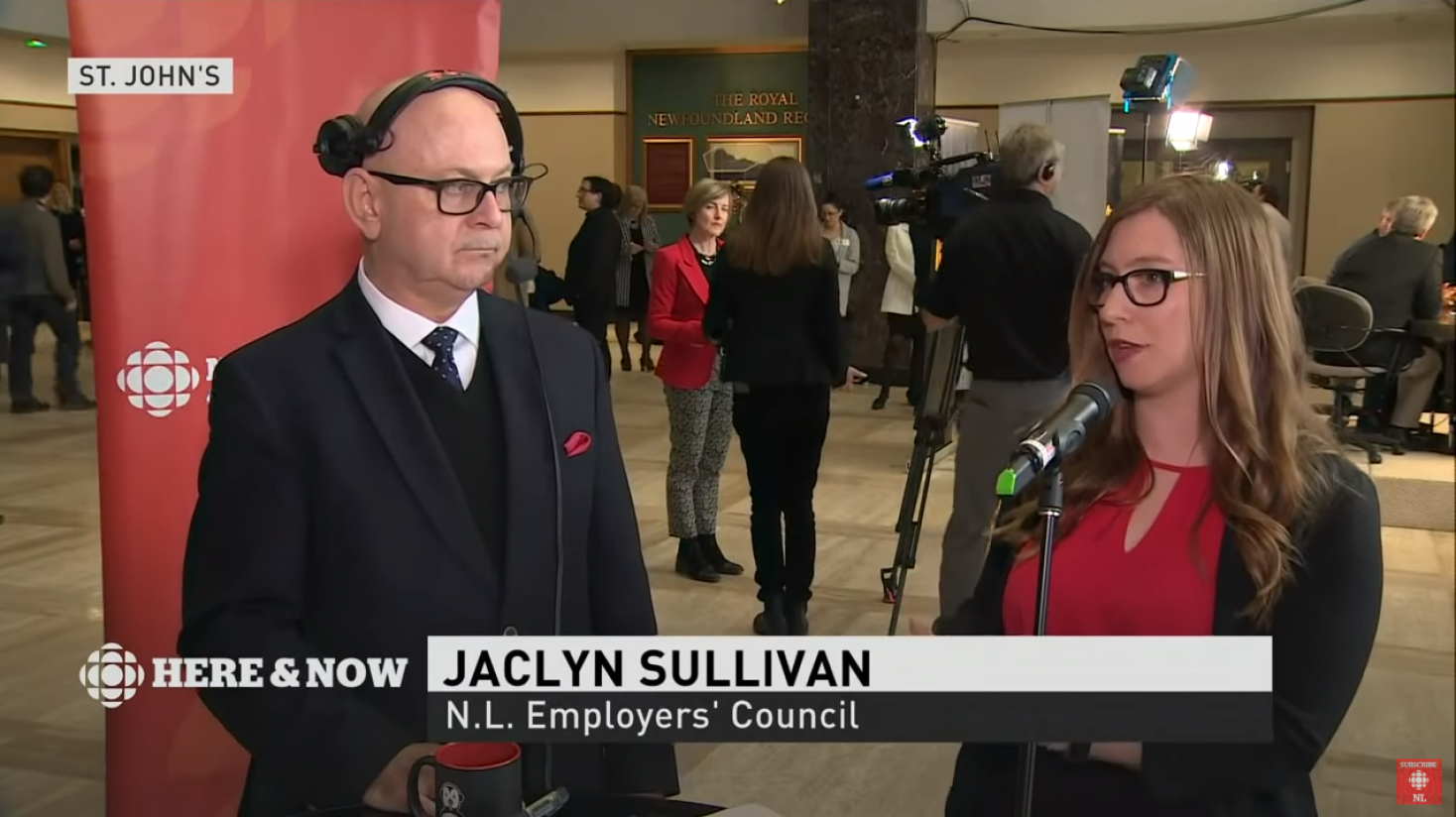 The NL Employers’ Council was in the media in April reacting to the 2019 Provincial Budget.

Despite a paper surplus, we still have a spending problem
Government presented a $1.9 B surplus for 2019-20, by recognizing the full $2.5 B in federal “Atlantic Accord” funding in one year. In reality, however, this revenue will come in the form of annual payments over 38 years. The first payment totals just $135 M next year. Without this funding on the books, the deficit for next year would be $575 M. Spending will increase next year by approximately $150 M, despite prior projections government would reduce spending in 2019-20.

“No matter how it’s presented, we’re still spending more than we bring in, and that’s a problem,”

Debit increasing
Finance Minister Tom Osborne claimed to be on track to return to balance by 2022-23 as planned, but the big picture financial indicators do not look encouraging. Despite this paper surplus, government will continue to borrow next year, to the tune of $1.2 B. Total debt will increase from $21.2 B to $22.5 B. Interest on debt will also increase by $300 M, to $1.4 B. In 2019 we will spend more on debt servicing than on education and income assistance combined. Government is projecting a return to deficit budgets in 2020-21, with a projected deficit of $796 M – higher than last year and than previously projected. So those debt servicing costs will continue to grow.

Government provided some relief on our high tax rates by removing the sales tax on auto insurance. However, the Deficit Reduction Levy will stay in place until the end of 2019 as previously planned. This provides only very modest relief on a province with the second highest personal tax burden in the country. The Employers’ Council continued to call for a plan for spending reform, in order to provide a competitive and sustainable fiscal situation.