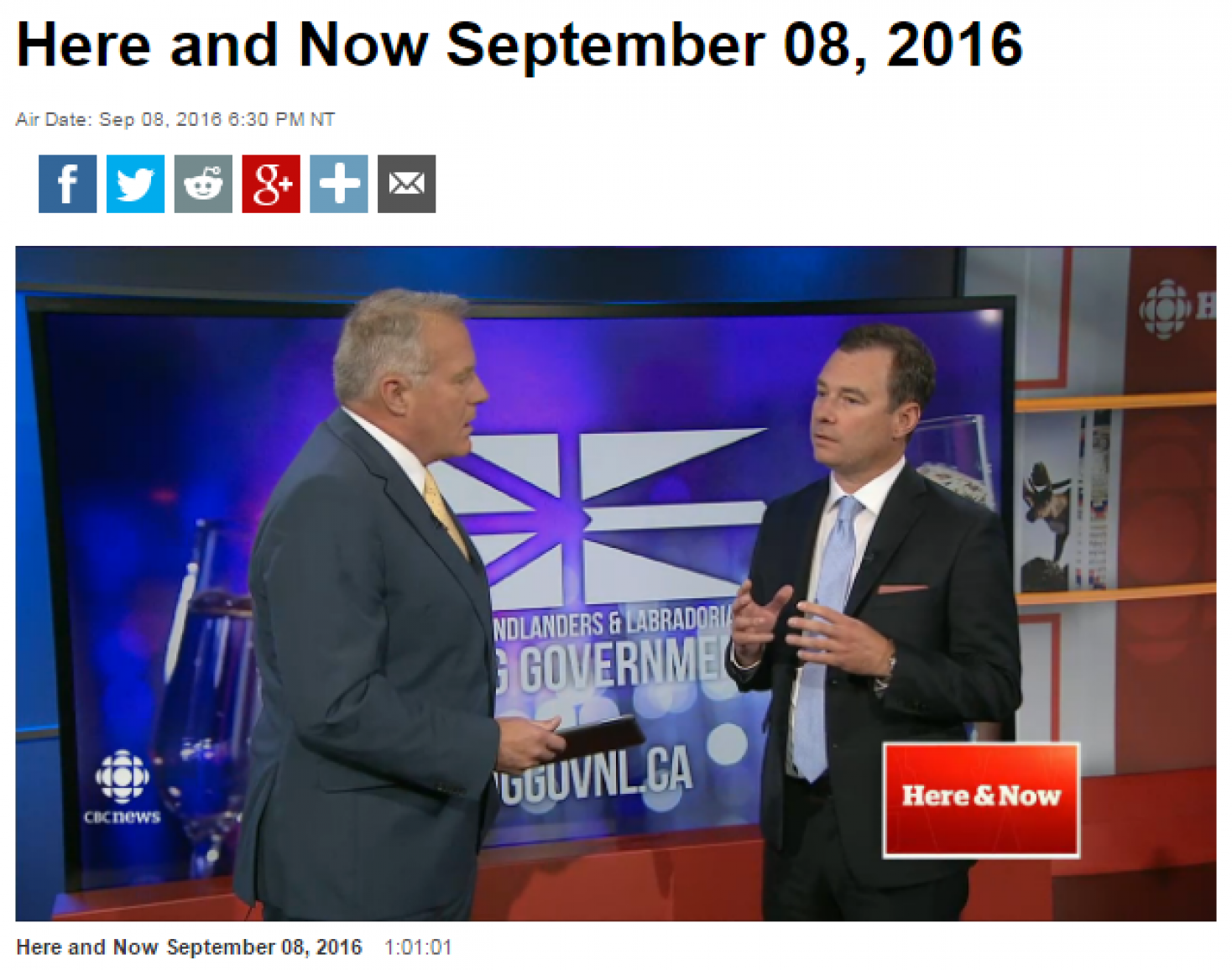 The Employers’ Council has ramped up our Newfoundlanders and Labradorians for Big Government campaign following the premier’s announcement that there will be no fall supplemental budget.

During segments on both CBC Here & Now and NTV Evening News yesterday the Employers’ Council launched new BigGovNL online videos and TV ads. The satirical advertising campaign is designed to drive citizens to http://BigGovNL.ca to get the facts on government spending and take action against increased taxation. On the site, citizens can contact their MHA and the entire Liberal cabinet via email with just a few clicks and/or post to social media. 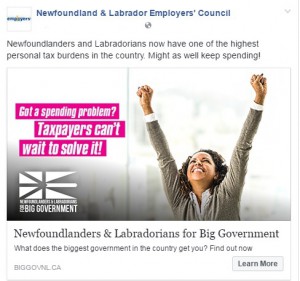 “It is unfair to ask taxpayers to find thousands of additional dollars in savings in their household budgets, before government has taken meaningful action to reduce their own spending,” says Employers’ Council Executive Director Richard Alexander. “It’s up to the citizens of NL to hold government accountable for how they spend tax dollars. We want them to tell
government that mini-budget or no mini-budget, immediate action to address the cost of running our government is needed.”
Some more recent media coverage:
CBC Radio & Online
VOCM Radio & Online
Canadian Press
VOCM
Take Action Now at BigGovNL.ca
Previous PostED’s Blog: You Didn’t Ask for the Biggest Govt in Canada – You Just Paid For It
Next PostNLEC 2015-16 Annual Report