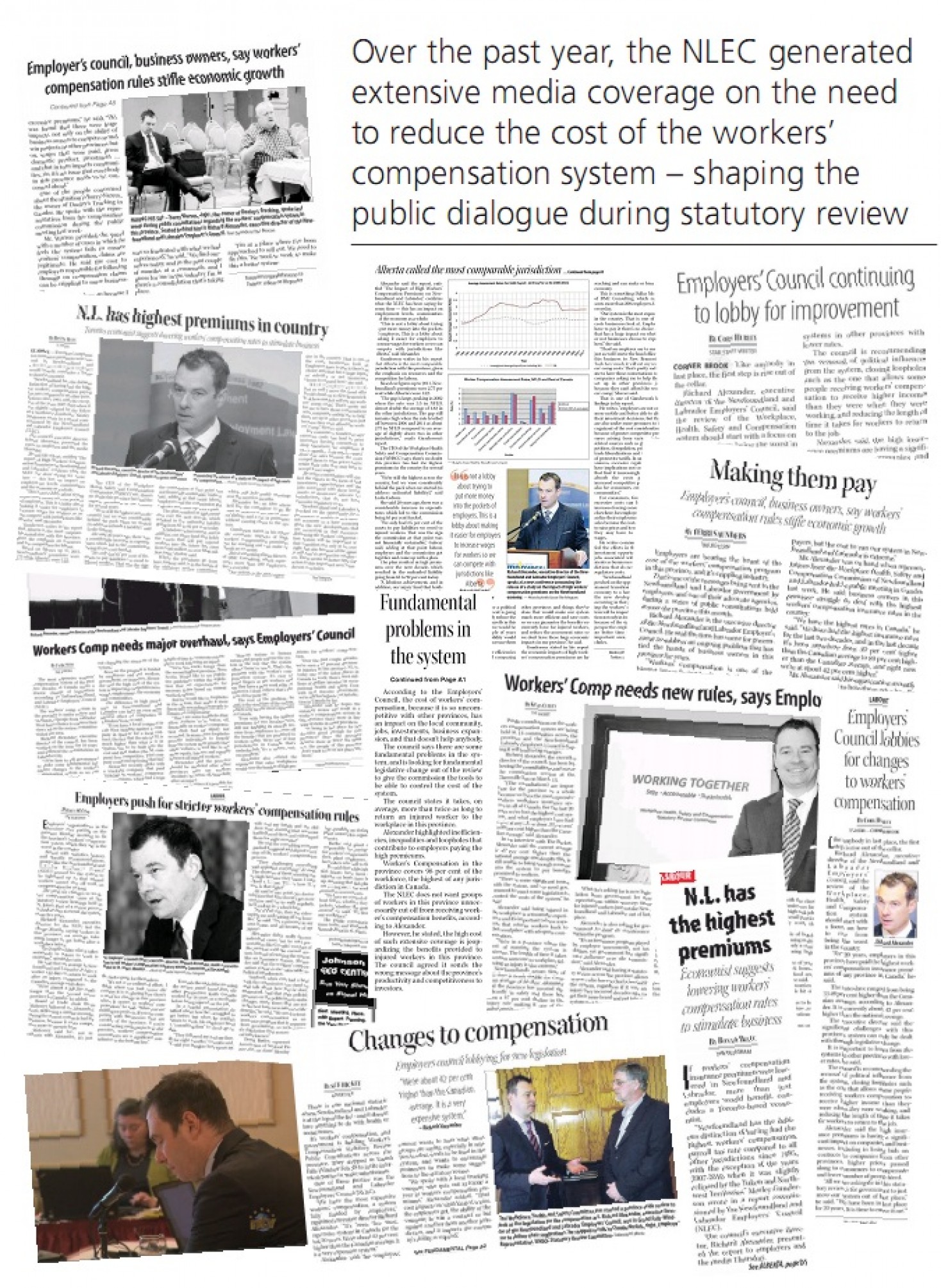 The NLEC is extremely pleased with today’s announcement by the Workplace Health, Safety and Compensation Commission (WorkplaceNL) that the average worker’s compensation employer insurance premium in the province will drop by $0.25 to $2.20 per $100 of payroll for 2016.

Since 2011, the NL Employers’ Council has conducted an aggressive and award winning advocacy campaign to reduce worker’s compensation employer insurance premiums. In 2012, the Employers’ Council released a study, conducted by Dr. Morley Gunderson of the University of Toronto, indicating that reducing NL’s worker’s compensation rate to the Canadian average could create a $330 million increase in GDP, a $60.6 million increase in investment in the province, and 1900 new jobs. Removal of this surcharge will mean an estimated approximately $20 Million in additional savings for employers in the province, year after year – money that will greatly help employers maintain jobs in challenging economic times.

“After 22 years we’re very pleased that WorkplaceNL and government have listened to our concerns and made reducing premiums paid by employers a priority. They should be commended for the steps they’ve taken in the last few years to return the system to a funded position,” says Richard Alexander, NLEC Executive Director. “High worker’s compensation premiums are a payroll tax, and put downward pressure on jobs and wages. In tight economic times, maintaining this surcharge on employer premiums would have had a detrimental impact on everyone in our province. This is the right move.”

Despite this reduction, Newfoundland Labrador will continue to have the third most expensive workers’ compensation system in the country. With the removal of the 25 cent surcharge employers in NL will still pay25 cents more than the average of premiums paid by employers in other provinces.* Changes to the system to remove inefficiencies, inequities and loopholes are still necessary. The NL Employers’ Council will continue to lobby for changes to reduce the costs of the system for employers, while maintaining benefits provided to workers.

Employers will be notified of their specific rates, in writing, within two weeks. Individual employers will continue to have different assessment rates depending upon their industry and workplace injury experience. For more information, visit: www.workplacenl.ca

* Based on 2015 rates as projected by the Association of Workers’ Compensation Boards of Canada.

Previous PostA Plan for Sustainable Prosperity – NLEC Submission to LEAP
Next PostBoomOrBust 2015 Blog – Political Propaganda: A lesson in not always believing what you read