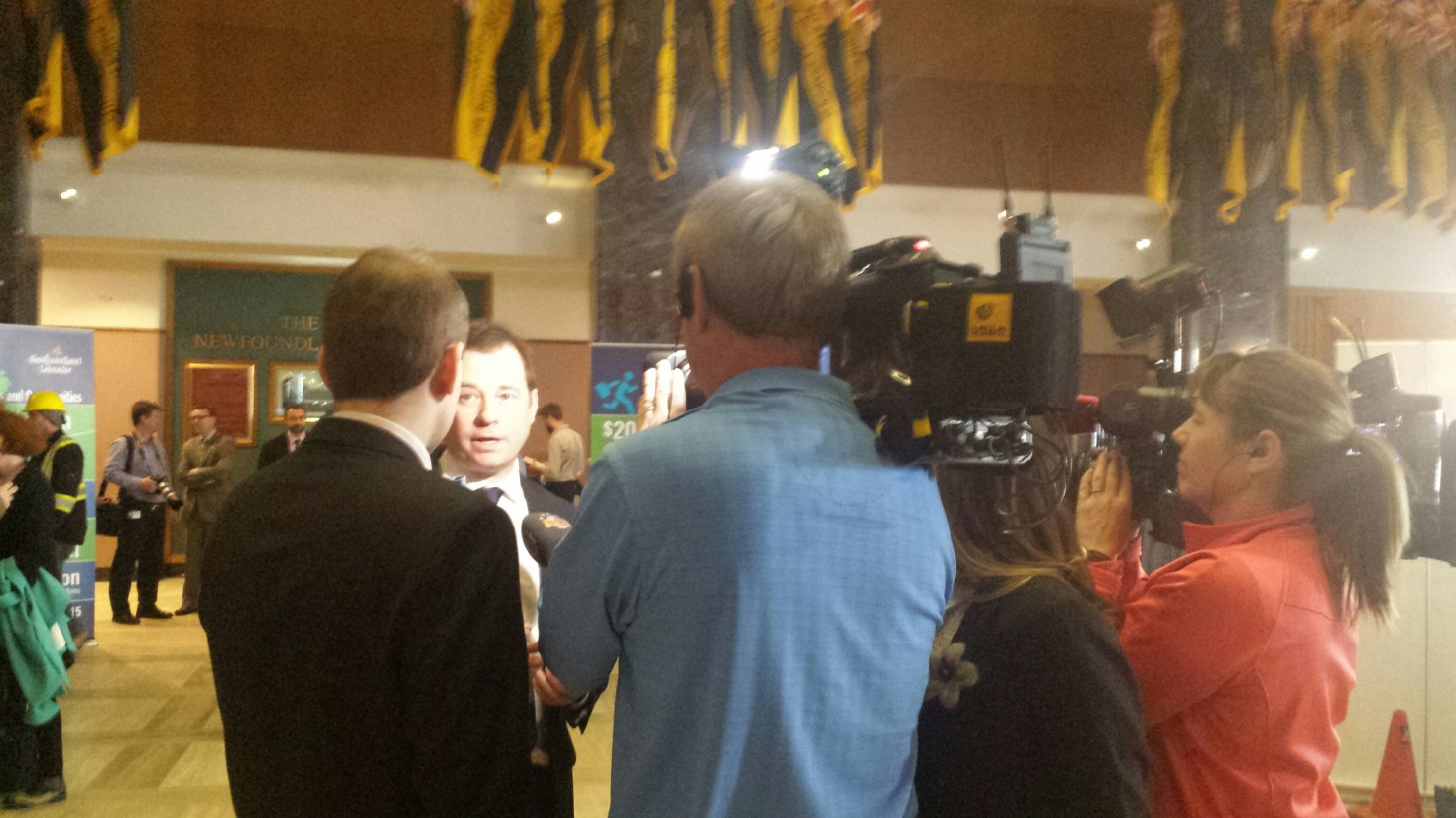 Finance Minister Ross Wiseman brought down the 2015 Budget for Newfoundland & Labrador on April 30th in the House of Assembly.

NLEC Executive Director, Richard Alexander reacted strongly in the media to some decisions, in particular to oppose the two percent increase in the provincial portion of the HST. While they may have been overshadowed by increases in taxation, the 55 page budget speech contained many items that the NLEC has been lobbying for, and reflected language very close to that used by the NLEC. Announcements made in the days preceeding the official budget speech also support the NLECs lobby efforts.The NLEC has no doubt that our recent public and behind the scenes efforts to draw attention to the need to reduce spending are reflected in this year’s budget speech, in particular government’s “eight long term principals” – nearly all of which were issues raised in the NLECs pre-budget submission or recent Conference Board of Canada benchmarking report. Finance Minister Ross Wiseman brought down the 2015 Budget for Newfoundland & Labrador yesterday in the House of Assembly.

Read the NLECs reaction to Budget 2015.