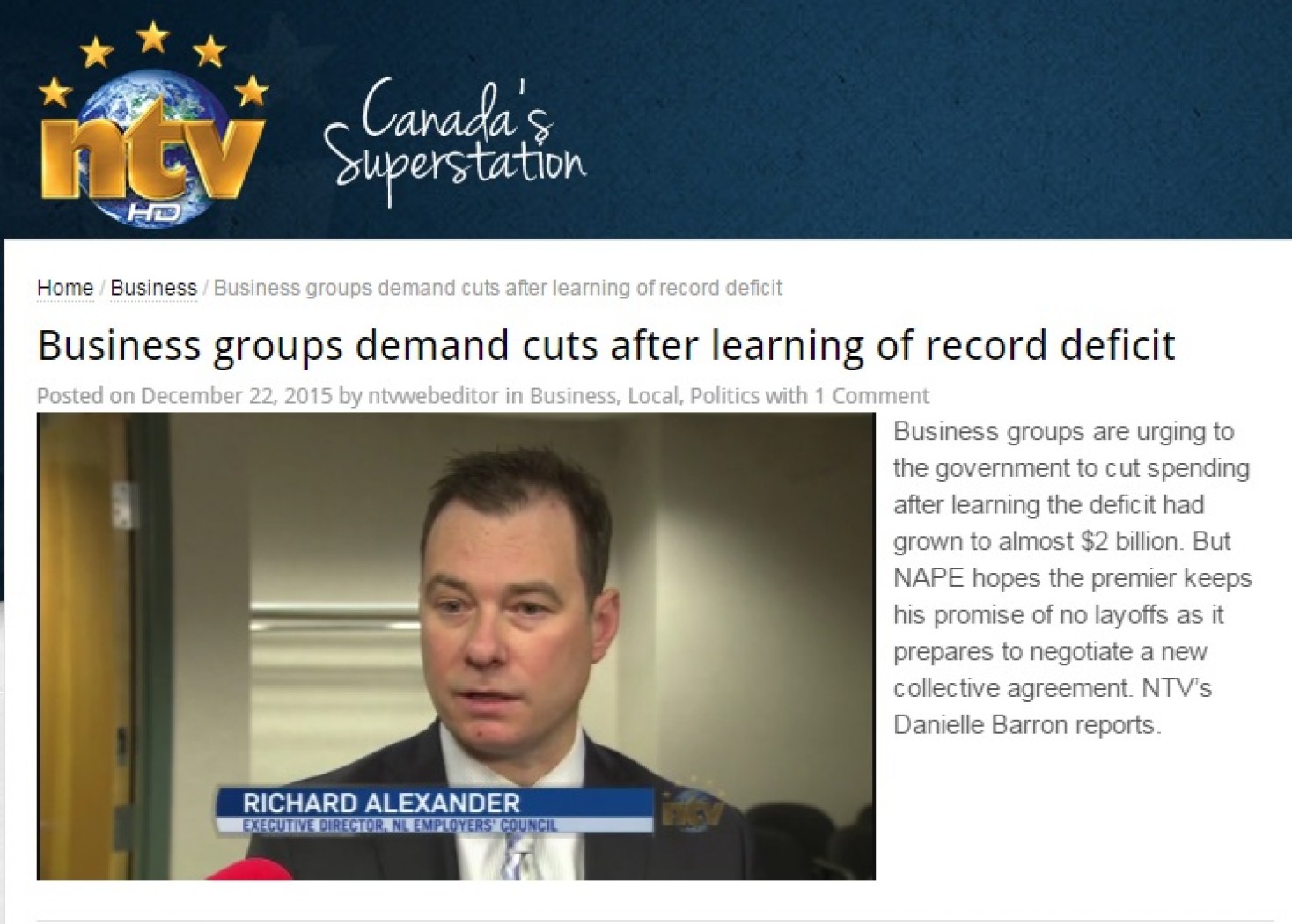 Finance Minister Cathy Bennett and Premier Dwight Ball released the mid-year fiscal update yesterday, confirming a record breaking deficit of nearly $2 billion. The NL Employers’ Council (NLEC) is encouraging the new government to show strong leadership on this issue. The massive deficit and $12.4 billion in net debt that the province is facing are due to years of unsustainable spending when oil revenues were at their peak. Tough decisions must be made to right the ship and set our province up for long term economic success. The NLEC is calling for fiscal discipline combined with permanent and sustainable spending reform.

The NLEC responded publicly to yesterday’s update. The organization has been discussing the need for spending reform for years, including throughout the recent election campaign.