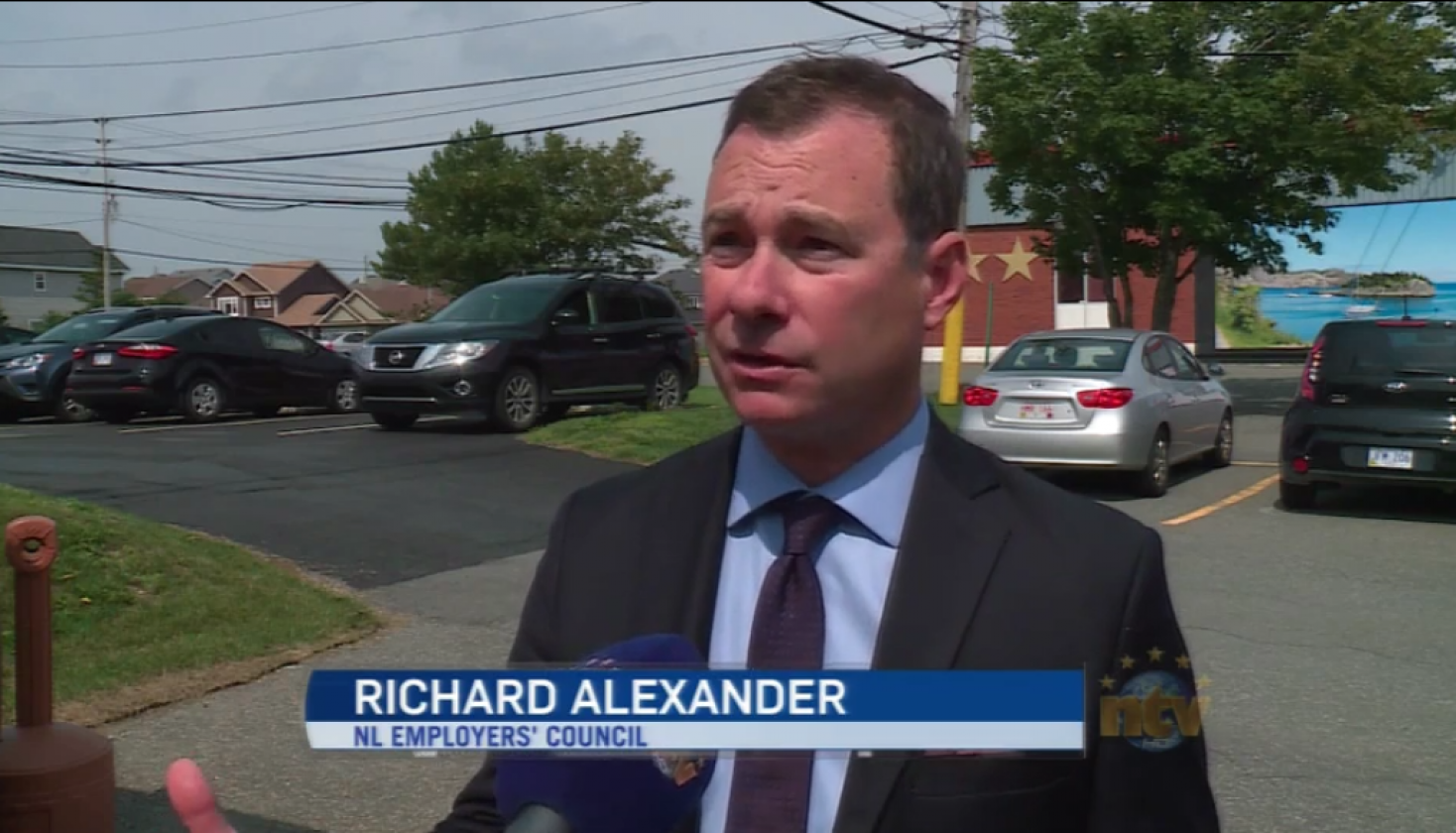 Yesterday Finance Minister Tom Osborne announced an independent review of the provincial tax code, to be completed in September 2018 with the final report expected in November 2018 for consideration prior to Budget 2019-20.

Government stated that the main objectives of the review are to ensure the province’s tax system is competitive and fair, identify ways to simplify the tax system and reduce costs for both government and tax payers. Employers’ Council Executive Director Richard Alexander reacted in the media today.

“Everyone in the province knows our tax levels are uncompetitive,” said Alexander. “We have been saying that since Budget 2016 when government took $900 M out of the paycheques of hardworking Newfoundlanders & Labradorians. We have the highest personal tax burden in the country, so any effort to make our taxes more competitive is a good thing. Our fear is that unless government takes meaningful action to reduce spending, this committee will be set up to fail.”

Government’s current plan is to maintain spending and rely on increasing oil revenue and revenue from increased taxation to meet their deficit reduction targets. Next year they have budgeted to increase spending by $188 M. Unless something significant is done to reduce the “out of control” government spending, any recommendations made by the committee to remove or reduce uncompetitive taxes like the deficit reduction levy or gas tax will be impossible.

Ongoing union negotiations represent an opportunity for significant cost savings. Alexander urged Minister Tom Osborne to bargain hard with the unions to get concessions, to find cost savings on items such as unreasonable sick leave entitlements, severance, and other benefits. Benefits provided to the public service must be balanced with the taxpayers ability to pay, and right now our tax levels are driving people away from the province. Without strong negotiations with the unions it will be impossible to implement any recommendations that would create a competitive tax regime.